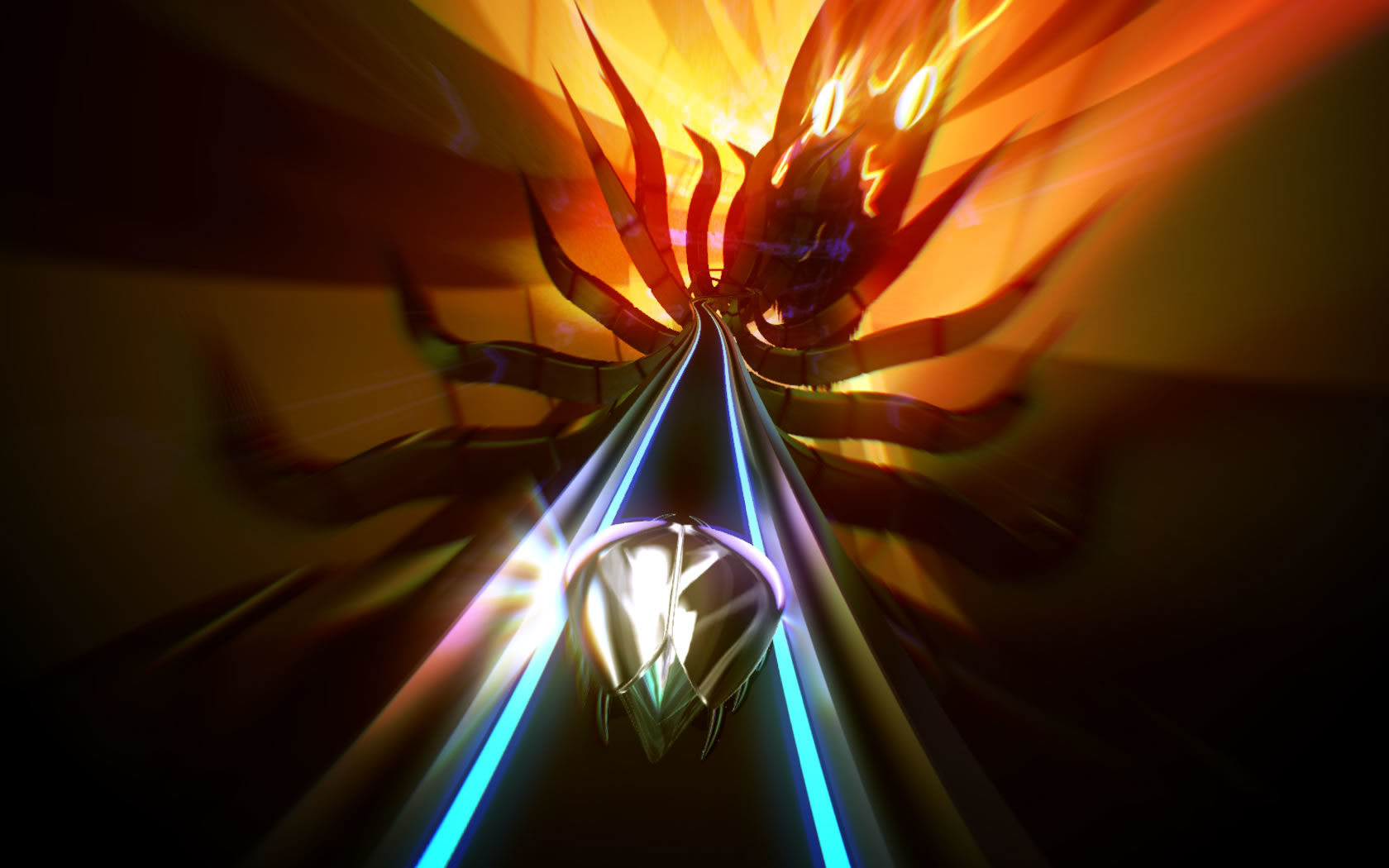 To dig more deep into the Evolution of Thumper, feel free to explore its detailed Timeline.
If you are interested in other aspects of the game, just scroll down.

A rhythm violence game. Thats how the official website of Thumper describes itself. The range of prices the game has earned since the release in october 2016 speak for themself. Especially the visually aesthethic and the sound of the game, are the reason we love Thumper so much. But the road to the psychedelic rhythm game was a long one – seven years to be specific. In these seven years, the game has changed a lot. For that we’ve created a detailed timeline (Link) to show off the development process behind Thumper.

These short texts and bundled links will help you to find out more about the story of Thumper, how it came to life, why we get so stressed when playing it and how the music influences us.

The Studio behind Thumper is Drool, a two-man developer team, consisting of Brian Gibson and Marc Flury. Besides developing games, Brian is also a musician and artist, playing bass for the band Lightning Bolt. Likewise he is responsible for all the art and music in Thumper, and also co-designed the game. Marc plays the role of the programmer and designer in the team and is responsible for the engine Thumper runs on. He also helps organize the Busan Indie Connect Festival and is a foreign correspondent on a radio show called “This Is Hell”.

Words you often read when it comes to describing Thumper are things like “fever dream” or “stressful“. The world of Thumper is something your mind would create when it hallucinates, something abstract and very weird. Not everyone is pleased with the design decisions that were made, though it seems to have made a huge impact onto the upcoming music games of our generation. In an Interview with RPS, Gibson describes the game aesthetics as “bio-metal”, a mixture between chrome finishes and organic elements.

In seven years, a lot of things can happen. At this year’s GDC, Marc talked about the process behind all these years, and how much things like the art style have changed since then. In an Reddit AMA, the developers also answered several questions concerning the game and indie development itself. If you want to have a more insightfull and well-structured look at the game design process, you should check out the official update history on Steam.

While the idea of playing the game in VR wasn’t the first idea that popped into the mind of the developers, it seemed to spark a conversation about surrealistic VR games, and Thumper seemed to count as one of the best. With the first couple of prototypes created it seemed that Thumper, with its aggressive playstyle and loud appearance, was well-suited for VR.

With an industrial ambience, Thumper’s music plays a big role as to why so many players love the game. As the game itself already stresses the player out, the sounds of Thumper also produces tension. Gibson itself describes the Soundtrack as “dark, dissonant, orchestral, percussive.” It seems to already have taken the throne for the “Music Game of a Generation”

While the interviews are giving insight into the thought process, the reviews are speaking for themself. With an overall Metascore of 85/100, Thumper is far up there with other good games. The developers also appeared in podcasts.

devolution game design
We use cookies to ensure that we give you the best experience on our website. If you continue to use this site we will assume that you are happy with it.Ok